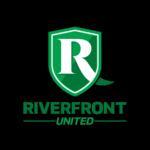 Provide a soccer club rich in tradition and culture, offering the best training methods and techniques. A place where our players can create moments that will provide great opportunity.

BECOME A PLAYER FOR RIVERFONT UNITED

If you are interested in Riverfront United program fill our our interested player form by clicking here. We will contact you to participate in a FREE session to see our program. 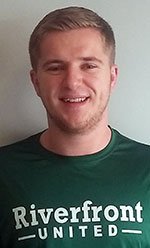 Led Riverside Jr. High to a district championship in 1 season as head coach

Been a Coach at Riverfront for 6 years (Micro Soccer, Development Class, Riverfront United)

Involved with different camps sponsored by Riverfront and Keystone College 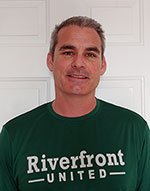 Chris has been a student of the game for 40 years as a player and as a coach.  He played his collegiate soccer at Shippensburg University as a walk on.  He earned the starting spot quickly going on to be the starting Goalkeeper for 3 ½ years earning 2 MVP honors and a captain title.  After college he played for Phoenix SC and Montco Azzurri in the InterCounty League where he helped his teams to multiple Amateur and Open Cup playoff berths.  Chris began playing beach soccer in 2000, going on to play 7 years in the country’s largest Pro-Am tournament, North American Sand Soccer Championships where he helped is team to 6 Final 4 appearances and earned an MVP honor.  He capped his playing career by being selected to play with the US National Beach team where he played several international competitions.

As a coach, Chris started his coaching career in 1996 when he became the undergrad Assistant Coach for Shippensburg University, focusing on training Goalkeepers.  Since then, Chris has coached collegiately, high school, youth, semi pro and ODP. 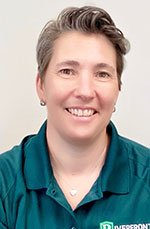 Jody is a strength and conditioning coach and orthopedic exercise specialist with 20 years of coaching experience. A graduate of Ithaca College, Jody taught Physical Education and coached in New York State before relocating to Pennsylvania. She has excelled in the direction of youth programming and development of high school and collegiate athletes since her graduation. Before her tenure as Director of Sports Performance at Backcourt Hoops, Jody was a Strength and Conditioning Coach at Binghamton University, an NCAA Division I athletic institution. At Binghamton, Jody worked with all varsity sports. Her goal as a coach and sport specific trainer is to provide each individual athlete with the motivation and specialized tools to achieve their maximum athletic potential. 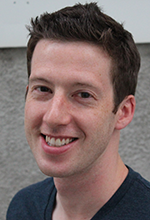 Passion for Youth Soccer
– I love coaching because it combines my two passions of teaching kids and the development of a beautiful game. This is an attitude I try to keep with me whether it’s playing, coaching or even working. An open mindset allows for me to learn from new situations and better prepare my players for these in the future.

At Riverfront United we believe quality soccer is achieved through possession, movement and creativity. As a coaching staff our goal is to create ideas and give players the tools to develop. We believe in positive reinforcement and providing a soccer education so players can learn the game from both a technical and tactical point of view.

At Riverfront we do team specific training, no groups. Each session plan has a topic and a specific goal. All session plans are carefully though out and overseen by Dany O’Rourke. Each session will incorporate a passing drill progressing into a possession drill. After working on this fundamental part of the game each session works then on the tactical side providing its players with insight on movement and tactical awareness.

Riverfront provides teams for both girls and boys. It is our goal to provide teams at all ages. We work with players of all abilities also having players come up the ranks from our Micro Soccer, through our Developmental Academy.

Riverfront Micro Soccer: 2-6yr olds
In the micro soccer Academy young players learn to develop a love of the game and are introduced to the very basic fundamentals of the game. Our goal here is to get the young players developing a relationship with the ball and enthusiasm to play the game.

Riverfront United
The last step in reaching the top of the triangle. Here our players have reached a high level of technical ability. Riverfront United then turns to teaching its players on how to play the game introducing high level coaching on the tactical side of the game.

© 2021 Riverfront Sports. Website design by A Mix of Pixels.
Back To Top
×